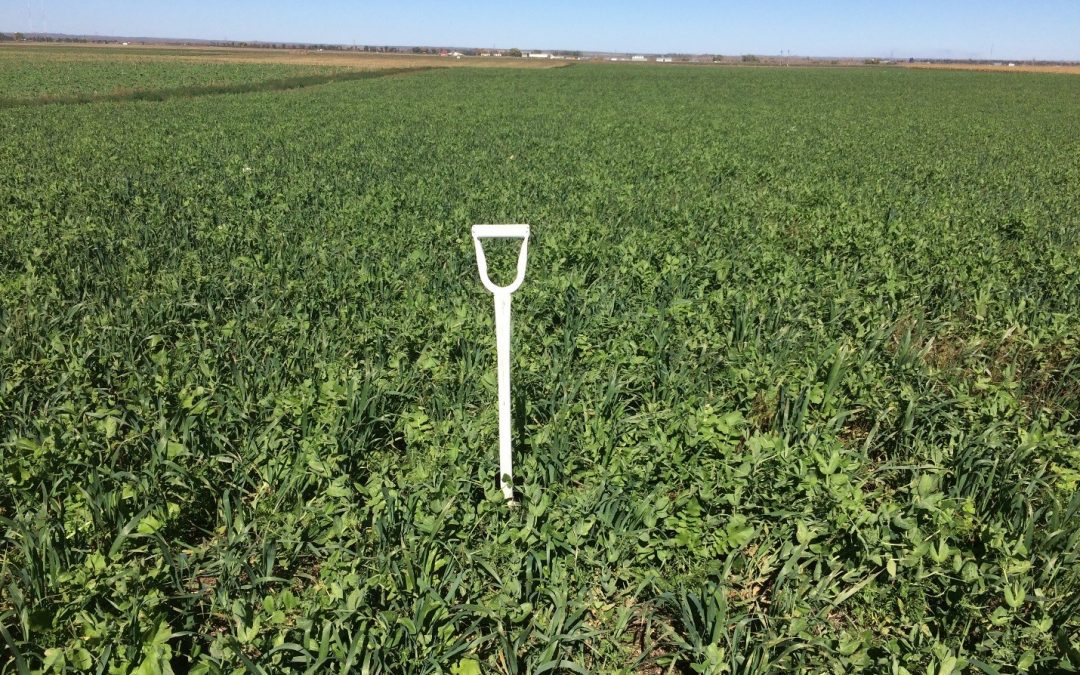 Soil health is “the continued capacity of soil to function as a vital living ecosystem that sustains plants, animals and humans.” 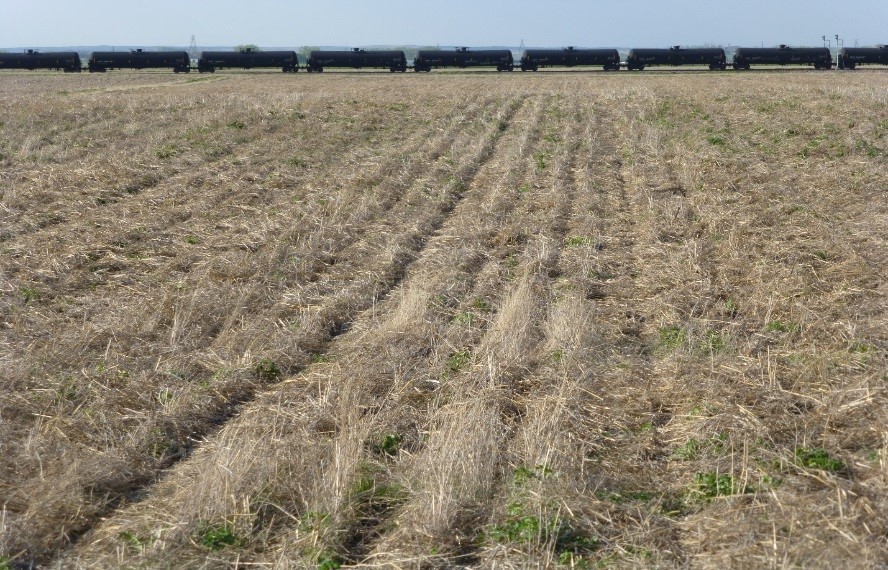 Residual armor after corn planting was completed at Menoken Farm, located just east of Bismarck, N.D. At a minimum, the armor should last until the new crop is fully canopied. How quickly this residue decomposes depends on the carbon/nitrogen ratio of the residue. High-carbon residue (eg: wheat at 80:1)decomposes much slower than low-carbon residue (eg: pea at 29:1). When we supply the soil surface with a diversity of residues from one year to the next, we can achieve the benefits of soil armor and still maintain a fully functioning nutrient cycle.

Let’s take a closer look at some of the soil armor benefits:

■ Controlling wind and water erosion: Armor protects soil from wind and/or water as it moves across the soil surface. It holds the soil in place, along with valuable soil organic matter and nutrients

■ Compaction: Rainfall on bare soils is one cause of soil compaction. When rainfall hits the armor instead of bare soil, much of the raindrop energy is dissipated

Soil armor should be evaluated by looking straight down at the soil surface and asking yourself, “What percent of the soil is protected by the residue?” Erosion needs to be controlled before you can start building soil health. The goal is to cover 100% of the soil with a green plant/residue during the growing period and residue during the dormant periods. 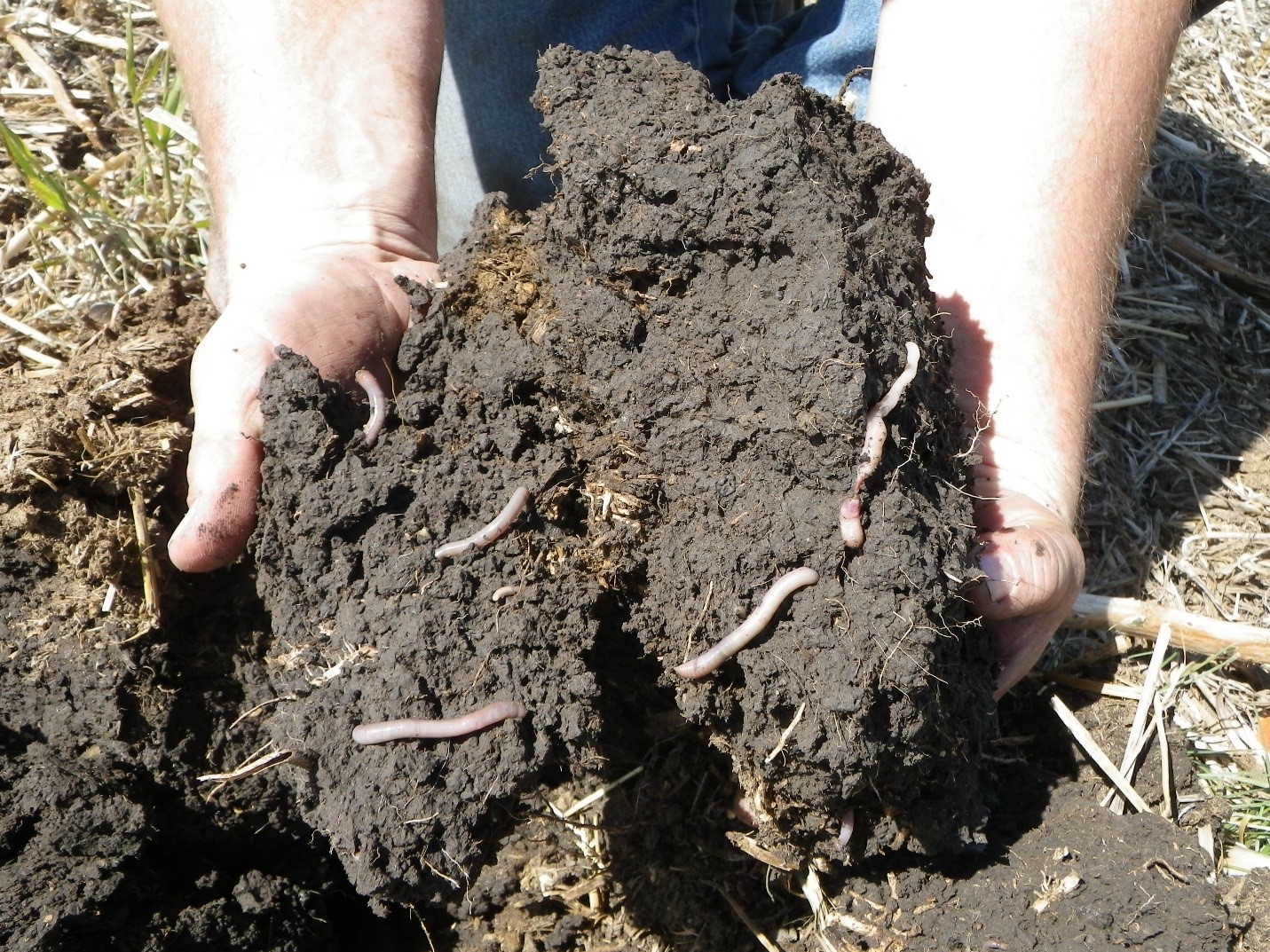 The results of more than 20 years of no tillage and crop diversity is a healthy, well-aggregated soil.

■ Biological disturbance, such as overgrazing, which limits the ability of the plants to harvest CO2 and sunlight

■ Chemical disturbance, such as over application of nutrient and pesticide, can disrupt the soil food web functions

■ Physical disturbance, such as tillage, which we will focus on in this article

A typical soil is approximately 45% mineral (sand, silt and clay); 5% soil organic matter; 25% water; and 25% air. The water and air portions exist in the pore spaces between the soil aggregates. Over time, tillage implements reduce and remove the pore spaces from our soils, restricting infiltration and destroying the biological glues that hold our soils together.

Ultimately, tillage results in one or more of the following:

■ Ponding water: Staying saturated on the surface for long periods of time, a result of reduced infiltration and increased runoff

Can we reverse the impacts from tillage and improve soil function? Yes, we can. Minimizing soil disturbance is a good start to rebuilding soil aggregates, pore spaces, soil glue and soil organic matter. This is an essential step for long-term soil productivity. 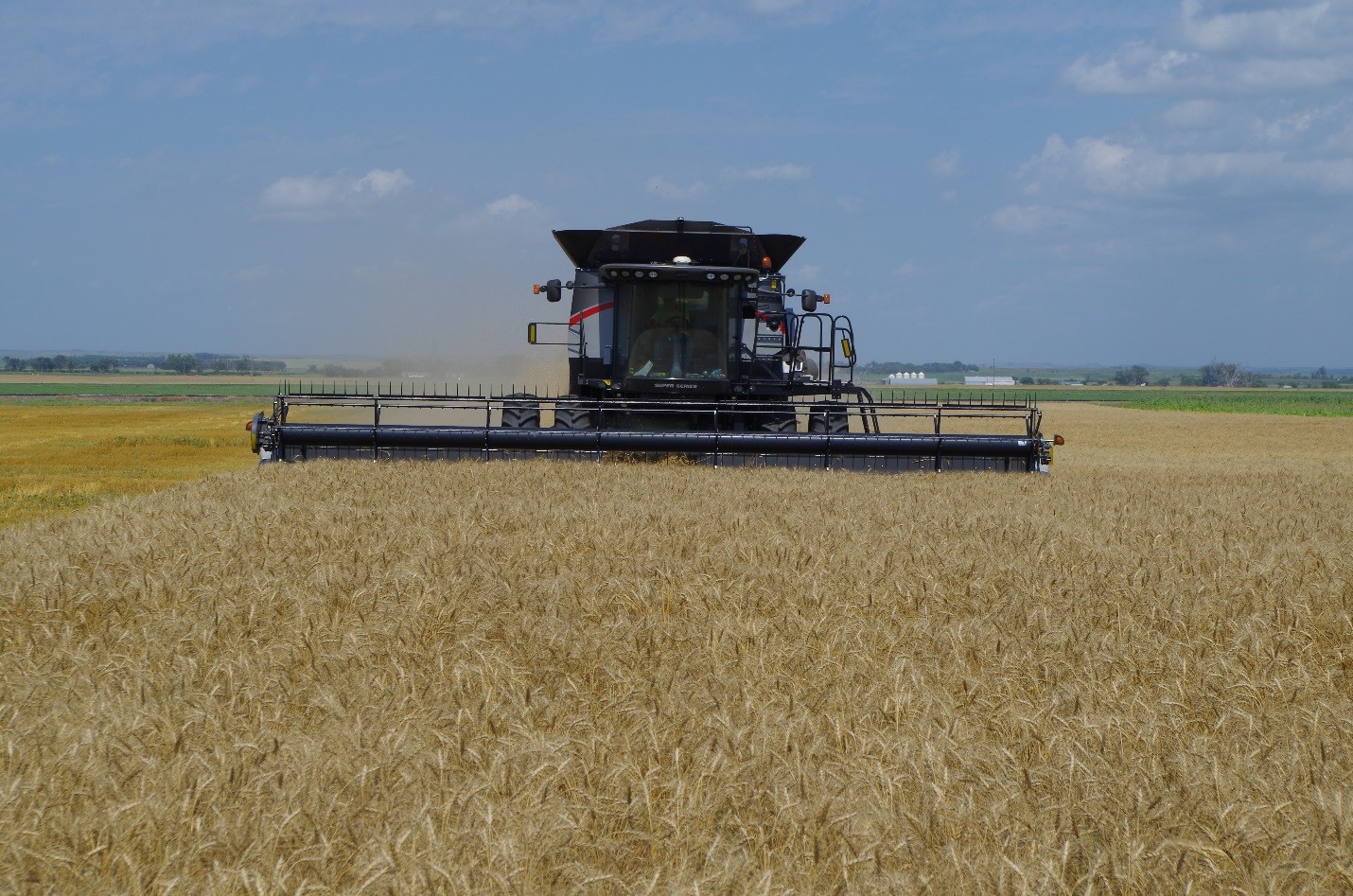 The journals of Lewis and Clark describe the northern plains landscape as having abundant plant diversity. Numerous species were observed, working together as a plant community to provide forage for large herbivore populations. Our soils where built over geological time in this environment.

However, settlement of the plains brought agriculture, which resulted in the polyculture perennial landscape being replaced by a monoculture annual landscape. Where the soil food web used to receive carbon exudates (food) from a diversity of perennial plants harvesting sunlight and carbon dioxide, it now receives carbon exudates from only one annual plant at a time.

We can start to mimic the original plant community by using crop rotations, which include all four crop types. Diverse crop rotations provide more biodiversity, benefiting the soil food web. This, in turn, improves rainfall infiltration and nutrient cycling, while reducing disease and pests.

The following lists the four crop types with a few common crop examples of each:

Diverse crop rotations mimic our original plant diversity landscapes. They are important to the long-term sustainability of our soil resource and food security. 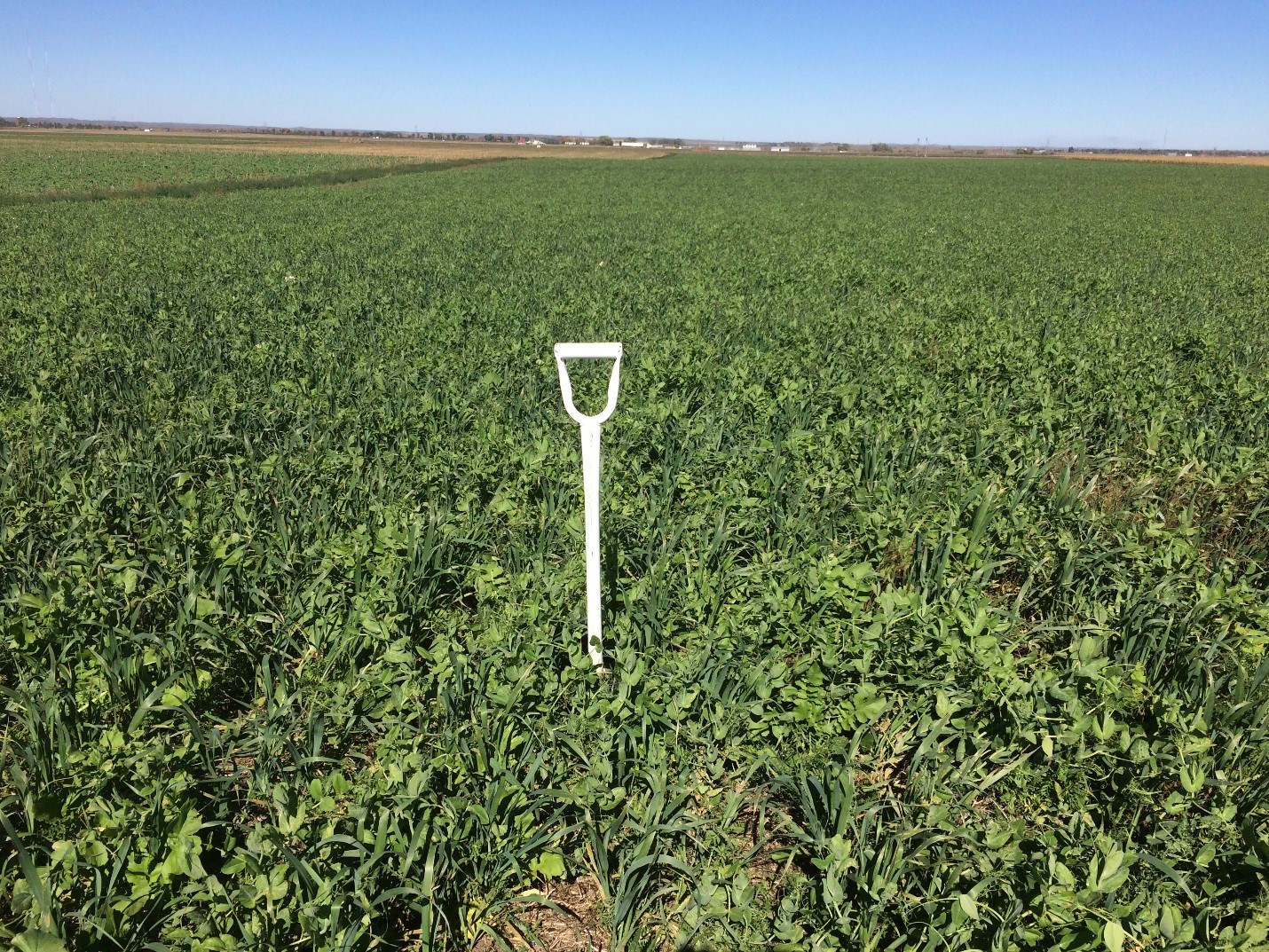 Our perennial grasslands consist of cool-season grasses, warm-season grasses and flowering forbs. Consequently, adaptable plants are able to grow during the cool spring and fall weather, as well as the summer heat. This allows for a continual live plant feeding carbon exudates to the soil food web during the entire growing season.

Our cropland systems typically grow cool- or warm-season annual cash crops, which have a dormant period before planting and/or after harvest. Cover crops are able to fill in the dormant period and provide the missing live root exudate, which is the primary food source for the soil food web.

Cover crops may be incorporated into a cropping system as annuals, biennials or perennials. Starting on a small acre scale will allow farmers and ranchers to find the best fit for their operation.

Cover crops can address a number of resource concerns:

■ Harvest CO2 and sunlight, providing the carbon exudates to the soil food web

■ Adjusting the cover crop combination’s carbon/nitrogen ratio, to either accelerate or slow decomposition 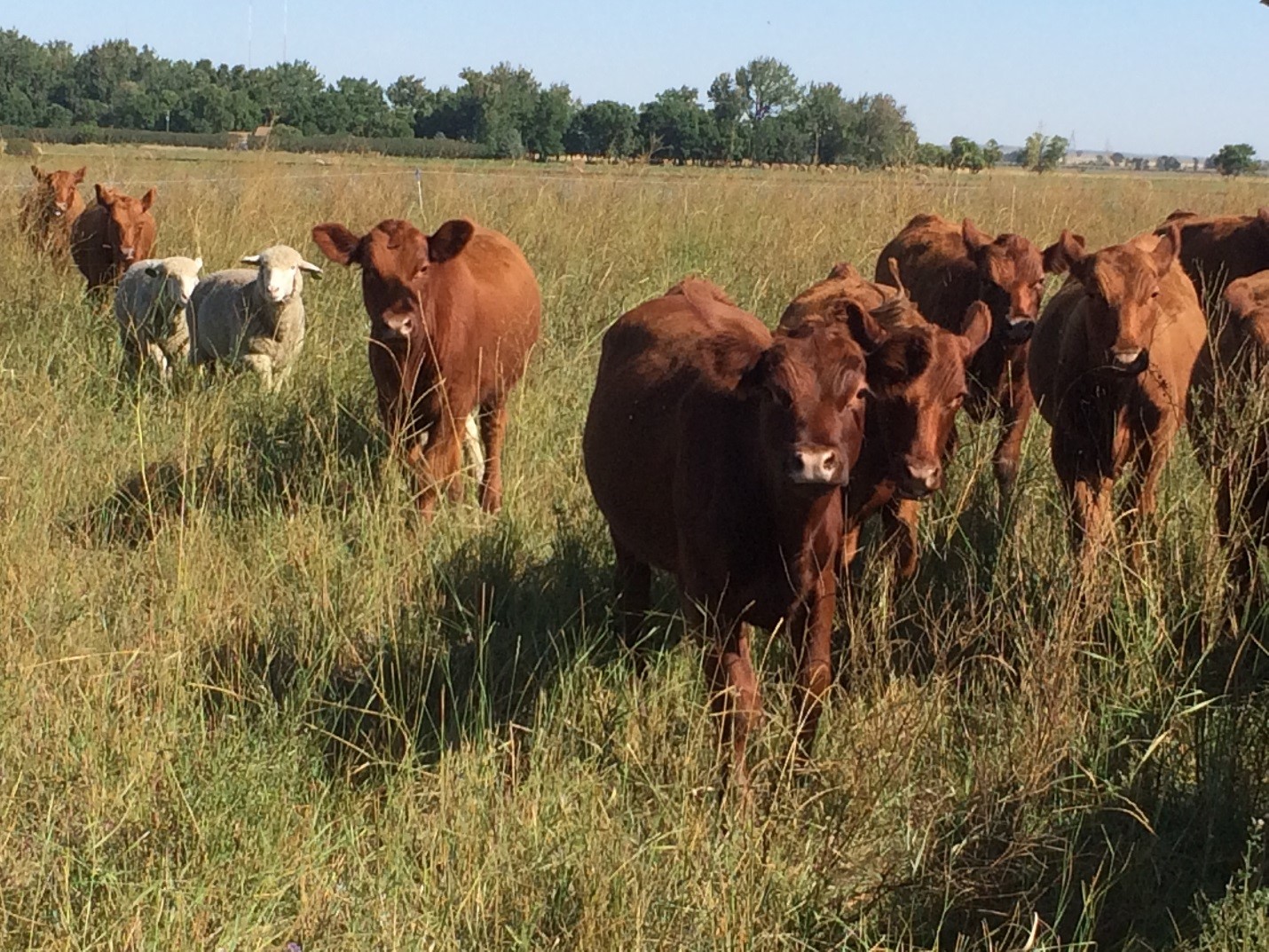 Animals, plants and soils have played a synergistic role together over geological time. In recent years, animals are playing a reduced role due to being placed in confinement and fewer farms now include livestock as part of their overall operation.

Why do we want to return livestock to the landscape?

■ Reduced nutrient export: In lieu of transporting feed to a feedlot, we can reverse the roles and have the livestock graze the material in place, reducing nutrient export from our cropland and hayland fields. This recycles the majority of nutrients, minerals, vitamins and carbon

■ Higher nutritional diet: Grazing cover crops and/or crop residues allow us to take the livestock off the perennial grasslands earlier in the fall, extending the grass recovery period and providing a higher livestock nutritional diet

How do we return livestock to the landscape?

second grazing during the fall or winter

■ Seed rotational perennials, graze and manage as part of the crop rotation